What's on your mind?

So I just got caught up on SVU, and in the episode with Burton Lowe, it was explained that Olivia fell in love with him when she was 16 and he was 21. They had those flashbacks to season 1 and her telling Stabler about the relationship. But, I am rewatching the whole series now, and in that season 1 episode, when Olivia tells Stabler about Lowe, she says "I was almost 17, and he was older than 17. About the age I am now." So in season 1 she's saying Burton Lowe was 31, not 21. Or, she's saying she is 21 in season 1, which is impossible. You think they would have caught that when making the Burton Lowe episode.

In the SVU epsiode "Trade" does anybody know how or when Avery fell in love with PJ?

I will love to see him on finding your roots. Along with law and order cast.

WHAT EPISODE HAS: SPANISH MAN, HEART / ANXIETY ATTACK, GOES TO HOSPITAL DOCTOR / NURSE ASKS " (SOMETHING LIKE) "WHAT CAUSED YOU TO BE HERE" AND HE SAID (SOMETHING LIKE) "I KILLED SOMEONE" COPS SAY IT IS A CONFESSION, JUDGE SAYS (SOMETHING LIKE) "HE DOES NOT NEED TO KNOW WHAT IS IMPORTANT FOR MEDICAL TREATMENT" JUDGE THROWS OUT CONFESSION _ BUT _ ALLOWS INFORMATION GIVEN TO BE USED TO GET LEGALLY OBTAINED EVIDENCE 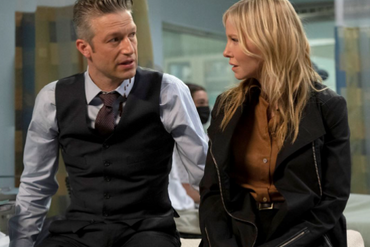 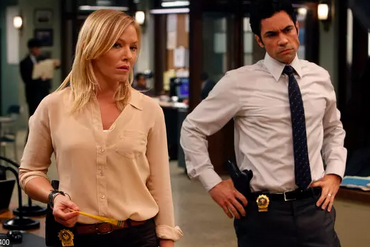 Who remembers the episode with Martha Cob s:19 E:12 were it was all about white supremacy and antifa and trump

I know he hasn't been confirmed for the revival yet one way or the other, but can anyone tell me when/where exactly that he retired/resigned? More curious than anything, but if it hasn't been addressed then shouldn't we assume he's still the Manhattan DA?

How does the FBI Franchise (FBI, FBI: Most Wanted and FBI: International) fit within this fandom.

They had a small crossover with Chicago P.D.

My reason for asking is because it's been 2 seasons since the old bastard made an appearance in the show and last we all heard he was faking a heart condition in the hospital hence putting the trial on hold.

Other criminals have had their trials on hold and were left up in the air for years so I'm curious:

Is the Tobias Moore plot ever going to be resolved or will that too just be left up in the air indefinitely?

Am I the only one who is happy with the fact that Katriona won't be a regular in S23? I personally disliked her character a lot. She was highly impulsive, hot tempered and judgemental - 3 traits that I absolutely abhor in a character. I like Jamie Gray Hyder, wish they had written a better character for her than Kat.

On the other hand, I'm kinda pissed they're adding a new character to the regular cast. Why not bring back Khaldun as a regular cast member? We're already familiar with his character and he's a likeable guy.

I cannot remember which episode it is but a young girl was attacked in a bathroom by a knife welding guy. I think he was were some type of face covering. I feel like it was early in the series but I cannot remember the title!

which episode did benson save carisi’s life?(~~~~).

Why did dumb female killer murder innocent parents despite easy option is to send threatening letters?(~~~~).

Help us grow Law and Order