Law and Order
Register
Don't have an account?
Sign In
Advertisement
in: Federal Bureau of Investigation, Law enforcement agencies

View source
watch 01:36
We're Getting Mutants in the MCU - The Loop
Do you like this video?
Play Sound 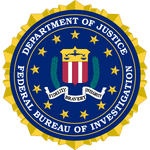 The FBI headquarters is in Washington, D.C., but they have a branch office at 26 Federal Plaza in New York City.

Community content is available under CC-BY-SA unless otherwise noted.
Advertisement