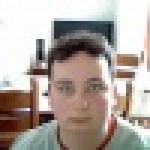 If you're using the new WYSIWYG editor, it has bugs in it that messes up the table formatting badly. Your best bet is to turn off the new editor in your user preferences. Thanks! -- Renegade54 20:28, November 3, 2009 (UTC)

OK, new year, new start. I will ask you the same question. Why did you left Prison Break Wikia? Everybody has his/her reason to leave a site and I'm not angry. I just wanna know why you left so that that's behind me. I haven't told you that I have Autism, and I can't forget some things like this. I just want to know :) We never had a fight or something. If you explain, you make me happy. It's just something I want to know and then pass over, just like I leave a Wikia now at the moment, but there are some things that just had to fit ;) It's like a puzzle for me :) --Station7 22:03, February 12, 2011 (UTC)

Stop removing stuff that is true. – The preceding unsigned comment was added by XXDAVIDX628XX (talk • contribs).

When I got a look at Graham Davie in the episode of Law & Order Special Victims Unit titled Wannabe,he kind of resembled a young Kevin Bacon.

Retrieved from "https://lawandorder.fandom.com/wiki/User_talk:DanDud88?oldid=75266"
Community content is available under CC-BY-SA unless otherwise noted.