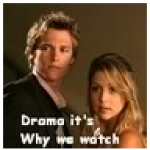 Problem with your edit was that you deleted the fact that the stuff was from CI and Trial by Jury. So I fixed it. Thenchick 17:26, December 20, 2011 (UTC)

That's the point. The citation at the end of the sentence indicates where the reference comes from. The article is written from the POV of someone within the Law and Order universe, so it shouldn't say "In CI this happened" as the shows themselves are not depicted within the shows.--31dot 17:29, December 20, 2011 (UTC)

Before you create character articles, I HIGHLY recommend you look at existing character articles and use them as templates, because what you've done so far with Eugene O'Hanigan and Tom Metcalf has been awfully bare-bones. Season Fourteen (talk) 01:01, January 11, 2020 (UTC)

Retrieved from "https://lawandorder.fandom.com/wiki/User_talk:Thenchick?oldid=139699"
Community content is available under CC-BY-SA unless otherwise noted.